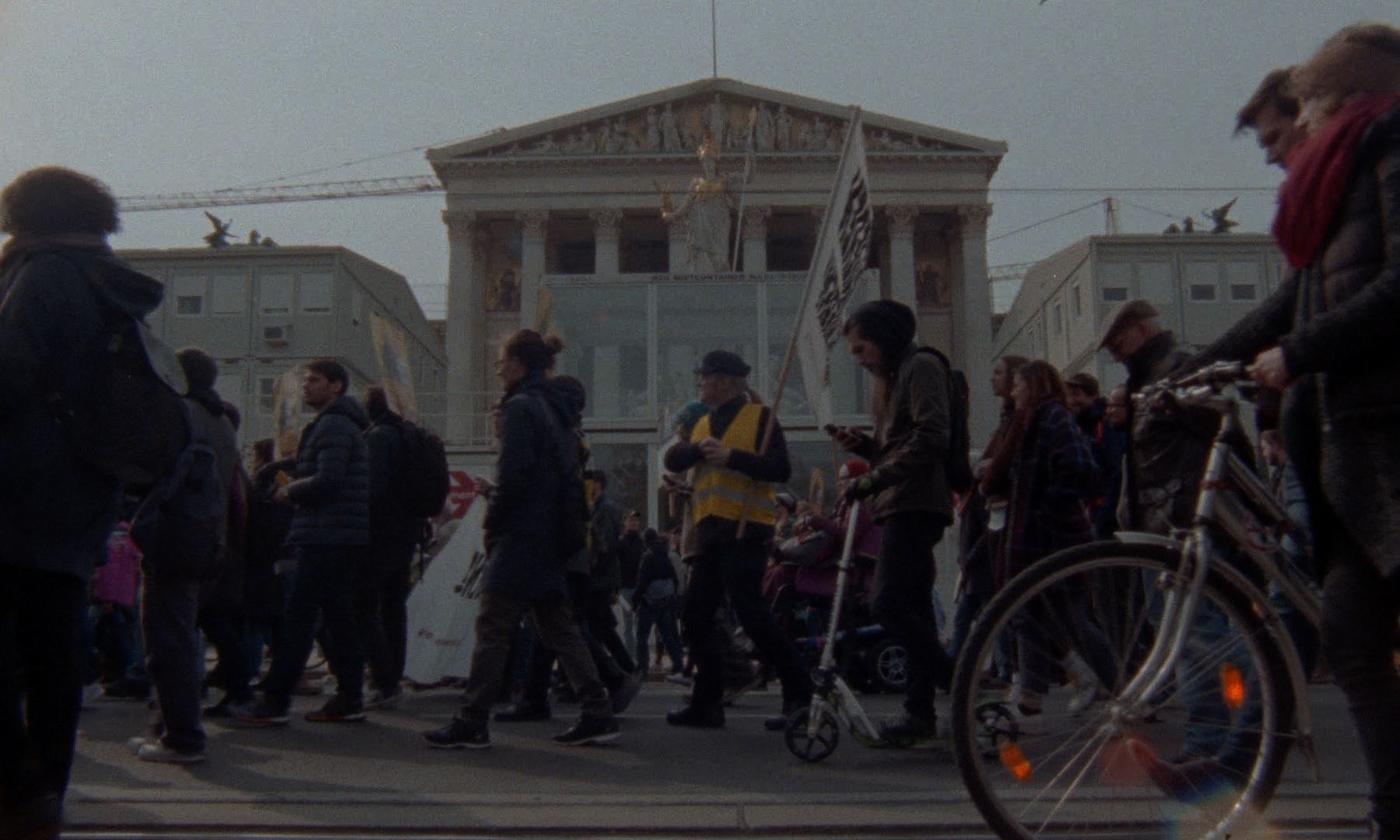 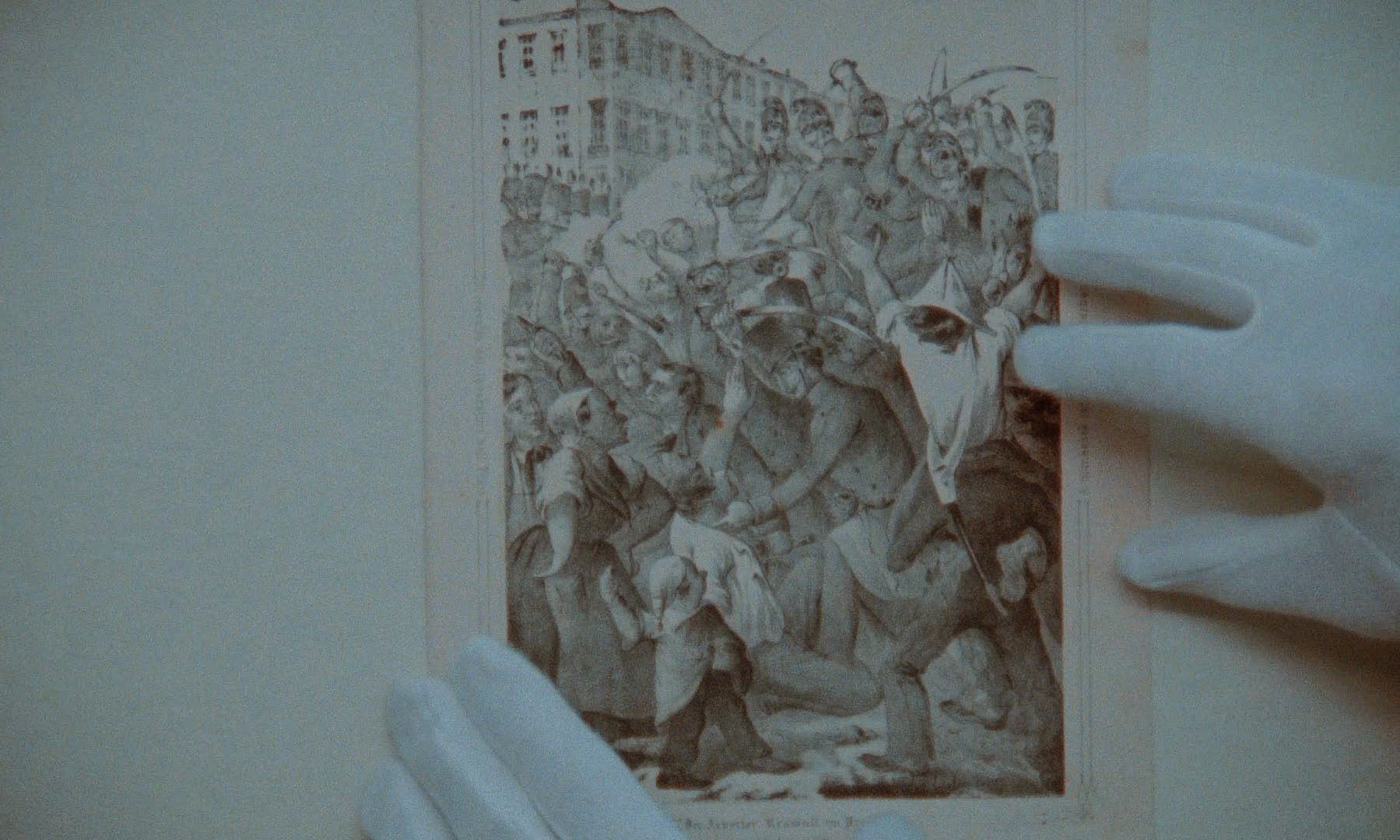 Past Futures is a political and poetic reflection on the nature and effects of revolutions. An exemplary starting point for this essaystic film is the March Revolution of 1848 in Vienna. What remains of a revolution? When is it considered to have failed and when and how are its achievements manifested? - The film combines historical struggles with today's forms of resistance and reflects on how the practice of collective memory inscribes itself in the present of a city and the actions of its residents. In view of current political developments, the film asks following Walter Benjamin: Do we have to protect the achievements of the past from the present?

Margit Neuhold (Editor at Camera Austria International) for Tagebuch Magazin
"Johannes Gierlinger asks how we view the events around the revolution of 1848 and how we can collectively understand them. Which inscriptions and overwrites take place in public space and in institutions? Which narratives are served and whose versions of the events are in the foreground? How will our future understanding of the revolution change through upheaval and change? "

Filmdienst.de
"The essayistic documentary traces moments of history on the streets of Vienna, from the revolution in 1848 to the admission of refugees in the summer of 2015 or a May demonstration that is infiltrated and disrupted by the right. You penetrate a collective cellar where you can find forgotten Hitler busts, look under the Westbahnhof, which consists partly of tombstones from a Jewish cemetery. Historical records of the Vienna Justice Palace fire of 1927 correspond to a visit to an anarchist book fair the new sneaker from Kanye West behind the doors of a foot locker."

Ralf Schenk - Filmdienst.de
"Like the past, the future must also be saved from the present. A sentence that falls in exactly the same way in Johannes Gierlinger's “Past Futures”, an essay film about history and the present in Austria."

Bettina Landl - GAT Architektur Steiermark - Dossier, 2021
"Images and their montage, the rustling of keys in clenched fists, stretched upwards, the view of the ground and steps, over cobblestones, overgrown with grass. We follow the direction, hear / see what the camera hears / sees and we think along, think, reflect - on resistance, the absurd (according to Albert Camus), revolution (s), failure, hope, remembering, storytelling: shoulder to shoulder against fascism! and high international solidarity! Encounter (s) in the March Park (March 1848 / example): Revolution in Vienna and overthrow of State Chancellor Metternich, freedom of the press and proclamation of a constitution, abolition of the basic subservience of the peasants and thus the end of the feudal state. Gierlinger combines historical struggles with today's forms of protest and reflects on how the practice of collective memory is inscribed in the present of a city and the actions of its residents. He asks, after Walter Benjamin: Do we have to protect the achievements of the past from the present?"

This Human World Filmfestival Vienna, 2021
"The starting point for DIE VERGANGENEN ZUKÜNFTE is the March Revolution of 1848 in Vienna. From here, Johannes Gierlinger collects images of a city whose memory and future seem blurred, distorted, incomplete. The pictures tell of palaces, sneakers, tombstones, walls, overgrown monuments and protest banners. We follow the narrator through the city, where questions about the political of the past, present, and future arise."

Marina Pavido - Cinema Austriaco, 2022
"Thanks to numerous analogue films shot over the years and thanks to the extensive use of archival material and documents, 'Past futures' presents itself as an honest and candid documentary that immediately catches the eye for its strongly contemplative directorial approach. Lara Sienczak's voice accompanies us throughout the film, along with that of Martin Hemmer, who seems to represent the director's own point of view, giving it the character of a real stream of consciousness."

Magdalena Miedl - Salzburger Nachrichten - Filmzeitung, 2021
"In his work, Gierlinger repeatedly deals with history, memory and resistance in a cinematic manner. His most recent film 'Past futures' - meandering through history - deals with forms of public protest, based on the March Revolution of 1848, whose ideas can also be found in content and form of today's protest cultures."

Carolin Weidner - Diagonale Graz 2021
"One concern of people is to stand up for ideas. In Die vergangenen Zukünfte, Johannes Gierlinger takes as starting point, a special moment in time, the revolution in March of 1848. From here, a dynamic Vienna unfolds that tells of torched palaces and expensive sneakers, of anarchistic reading material lying on wooden benches, and ignored memorials. An analogue-film essay, daring and nonetheless peaceful, inspiring and initiating contemplation."

Ray Magazin - Jakob Dibold, 2021
"'Past Futures' focuses on the connections between collective memory based on the events of the March Revolution of 1848 and the most recent culture of remembrance and protest in Vienna. In view of how right-wing extremist groups in the course of the "Corona demos" claimed civil resistance with a lot of encouragement, this film would probably have been a completely different one. So the general question of archiving, which is laid out in this film, can perhaps be understood as the central one, as one whose topicality has not been diminished by the current upheavals."