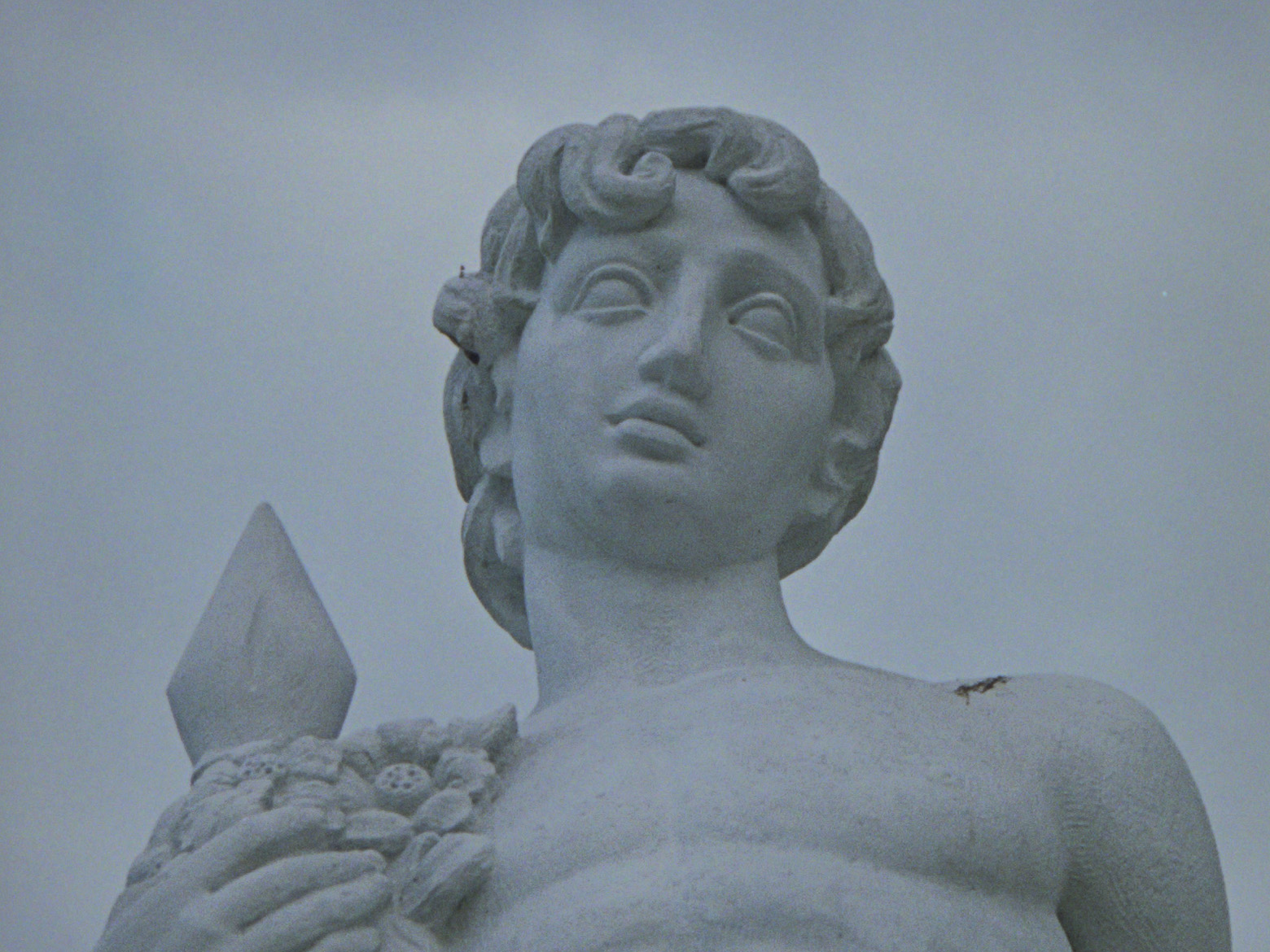 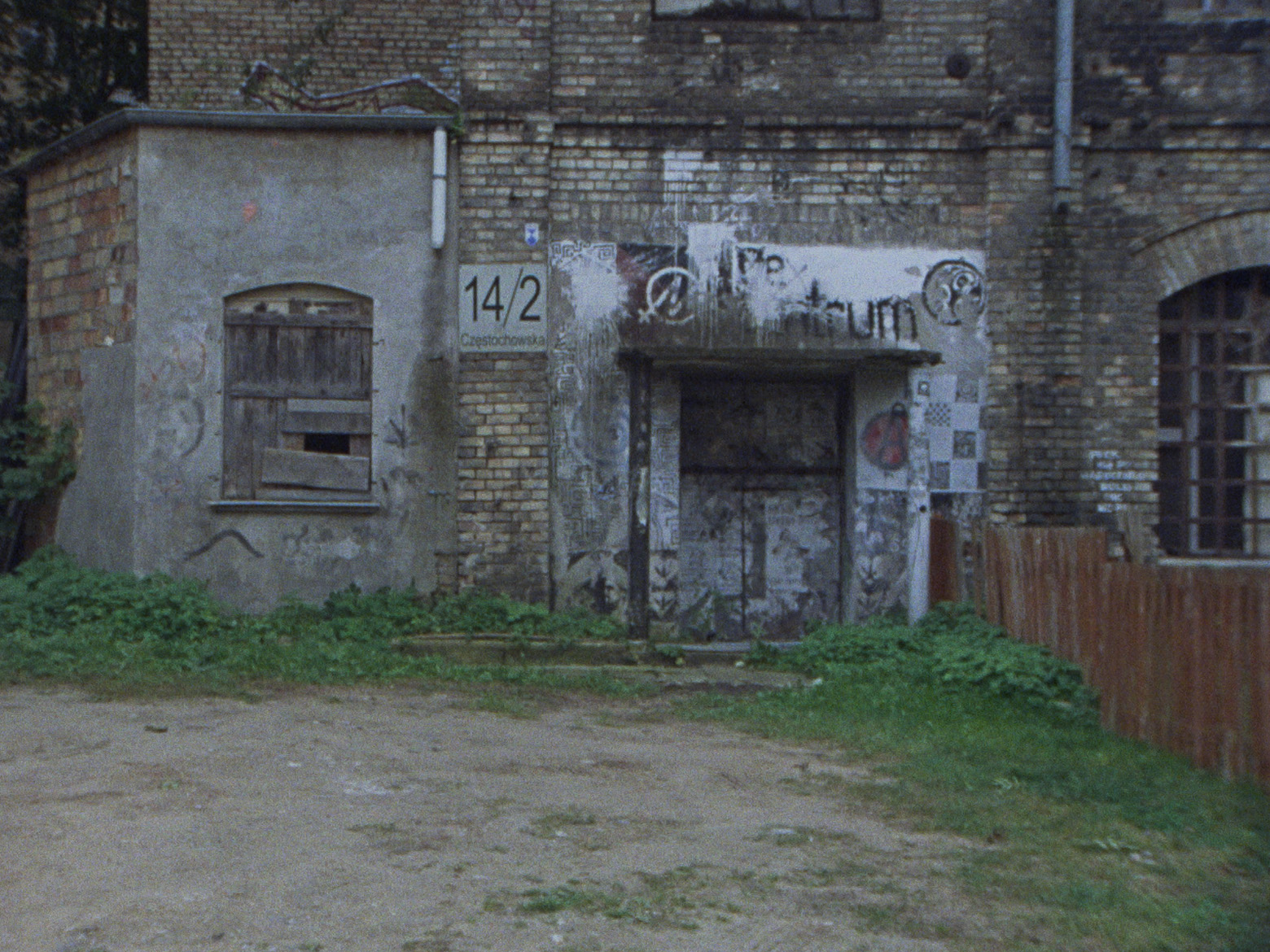 Remapping the origins is an essayistic film about the city
of Białystok, a reflection on how to deal with history and memory in a  formerly pluralistic and revolutionary place.
On it disappearance it has been worked for a century.
A permanent clash of ideologies,  ideas and beliefs.
Now, in the 21st century, it seems at first sight, that not
much is reminisced of the former working-class city with
it's large share of Jewish population. Being the birthplace
of the two visionaries - Zamenhof and Vertov - the city today
is regarded as a place in Europe where the political pressure of the right wing is one of the most obvious. The film brings the legacy of Białystok into the present and links it with current
social developments. Thus, Remapping the origins becomes
a reflection on the reading of historical events within collective historiography and the culture of commemoration.
An essayistic meditation on loss, continuity and progression.
A search for traces in a city that could be exemplary stand for more than a city, maybe for Europe, maybe for the future.

Giona A. Nazzaro - Visions du Reel 2018
"[…] The director creates a multi-layered visual essay that confronts the story of Bialystok with the insurgence of the far right wing parties in Poland today."

DokumentART - Neubrandenburg 2018
"Remapping the origins brings the legacy of the city into the present and links it to current developments. The result is an essayistic film about the city of Białystok, a reflection on collective historiography and memory."

Jurystatement - Simon S. Award
"A complex panorama of a Polish city; a film journey, where memory unfolds into a form of resistance. In Remapping the Origins Johannes Gierlinger creates a polyphonic film puzzle in which he records current political trends and raises social issues. The peculiarity of this work lies in the interweaving of unusual, evocative images and reflective words.[…] A film that defies the conventions and principles of filmmaking, captivates through its multiperspectivity and rejects and rearranges connections anew."

Severin Dünser, Curator at Belvedere21
"Remapping the origins revolves around the construction of history, individual and collective memory, and resistance, as well as their forms or representation. Gierlinger uses the city as a methaphor for Europe and attempts to expose the inconsistance between nationalism and multiculturalism, reflecting on historical narratives in order to make prospects of the future tangible."

Francesco Cazzin, L´emerge del possibile
"History is important, critical thoughts as well, one hears someone say in the film. But history, critical thoughts, do not pass so much in a representation that is capable to move corpse, in a dance between the 'ghosts of their own history'. In this denial it is the strength of Remapping the origins. […] While the story is re-evoked, a lack of images is gradually formed that does not act as absence, but as a force that works on the image and retract it. From here, and only from this discarding, Remapping the origins finds its own image, an image that lacks steadiness, thus lacks death, but works alive as the negative of force - it is the faceless resistance that transfuse the story."

Reinhard Kriechbaum, DrehPunktKultur
"Johannes Gierlinger is not head-on for purly political statements. At the center of this documentary is the spoken essay in which the selective of each historical perception is made to subject. Historical consideration is always also the fading in and out of certain perspectives."

Artechock - Christine Dériaz
"A commentary, thoughts, but they build a field of tension with the shot images, leave spaces in which the reflections can sit down, pick up, connect, network, create new, be cinematic, tell without lecturing, and however you learn."

Ethnocineca Documentary Film Festival Vienna
"Remapping the Origins takes us to the roots of the European idea and its conflicts as well it´s visionary history and we discover in the past current questions regarding the risks fo European ideals."

This Human World Filmfestival
"The Polish city Białystok, a once pluralistic and revolutionary town, is now considered a prime example of right-wing nationalism on the rise. Through traces of the past found within the city, this essay film reflects on mechanisms of historiography and culture of memory."

The Skinny - Independent Cultural Journalism - Patrick Gamble
"a fascinating essay film about the Polish city of Białystock and the difficulty of dealing with history and memory in a pluralistic space".

Alejandro Bachmann, Diagonale Graz, Austria
"An essayistic portrait of a city, Białystok, a search for the origins of a different political order through re-ordering the images in the cinema. Following from Dziga Vertov, Johannes Gierlinger creates a cinematic city that doesn’t exist as such, maybe once did in rudiments in the past, and pos- sibly will in the future—between what has never entirely become established, and what lives on as utopia in people’s minds."

Michael Omasta, Falter
"In this city, one has to begin with the order of images," it is said at the beginning of Johannes Gierlinger's short documentary essay "Remapping the Origins" about the city Białystok. Before the Second World War, this Polish city had a large Jewish community, and the Esperanto mastermind came from there, as did the important filmmaker Dziga Vertov. Today, under the impression of a resurgent nationalism, this history and the future are being renegotiated, which the director's film, which was awarded the best short documentary, reports on with clever observations in picture and word."

Eleni Riga & Olympia Tzortzi, Curtors at Callirrhoë, Athens
"Gierlinger uses the city as a metaphor for Europe and attempts to expose the inconsistence between nationalism and multiculturalism,
reflecting on historical narratives in order to make prospects of the future tangible. It is an attempt to balance between loss, continuity and progression. The work seems to be driven by the question of how we influence history and history influences us."

Diagonale Jury Statement
"Happy people, whose history is boring,' it says towards the end of the film.[…] Like a flaneur, the director goes on a search how to handle history and memory. Fleeting street interviews, chance acquaintances, a play about the Jewish past - all the ambivalences of the city contribute to a reordering of the images. With a keen eye, the author skilfully assembles the exuberant, the fragile, the past. An essayistic pictorial work, driven by the question of how we influence history and history influences us."