The central element of the exhibition is the essayistic film Die Ordnung der Träume, which deals with imagination, dream, city and resistance, and the question of the presentability and elaboration of these themes in a poetic and political context. The starting point of the cinematic Essay was Italo Calvino's The Invisible Cities and Jean-Paul Sartre's The Imaginary. The cinematic is interwoven with questions about the gaze and imagination as well as the political debate with these motifs. Cities, existentialism, resistance, colonial, travel and the gaze in relation to similar images and spaces, as well as the question regarding the meaning of dream images, merge into a cinematic collage. To awaken the dreamer or to let him sleep are questioning instruments regarding resistance. In addition to the cinematographic work, fragments of the research as well as further objects - partly from the film itself - can be seen in the exhibition. A new slide work relates the above mentioned motifs with gesture of the flaneurish and illustrates present and past questions of these motifs.

Two conversations, two cities, the question whether to waken the dreamer or let the dreamer sleep. Die Ordnung der Träume is a film that revolves around the (e) motion of human beings, their mental activity and the imagination of their worlds. Two people who search for each other, but miss to find, and yet remain in common. Two doubting figures whose conversation is characterized by the different perceptions and the skepticism on the other. In constant presence, a voice sinking into the thoughts of the figures; A traveler, a flaneur, a critical gaze that raises questions itself. An exploration and contemplation of the world; a gaze points at the magician and its deceptions, the faithful and their self-flagellation, the workers who build cities, and children who play young gods. Existential thoughts, dreams, politics and experiences of the characters collide. The individual imagination as intermediary between the ego of the characters and their world. An imagination that creates the doors, which are repeatedly crossed to create a temporary being. Only through the gaze of others, the characters in Die Ordnung der Träume become aware of this fleeting moment of reality. A film as a search for order, in a world of imagination, a world of politics and gazes, a world which per se detract from any order.

Vitrine 2
Objejcts and other Material from Die Ordnung der Träume

Motifs of the flaneur, city, dream and resistance as well as quotes related to these topics are organized to a collage-like slide show that illustrates present and past questions of these motifs.
56 Slides - Various Images and Collages, 18 min 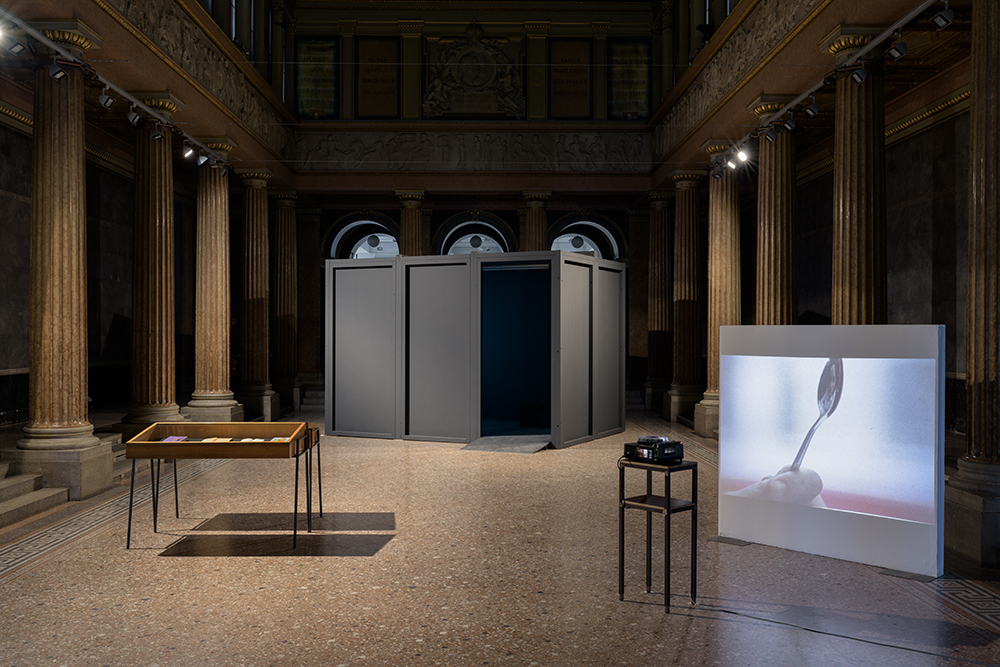 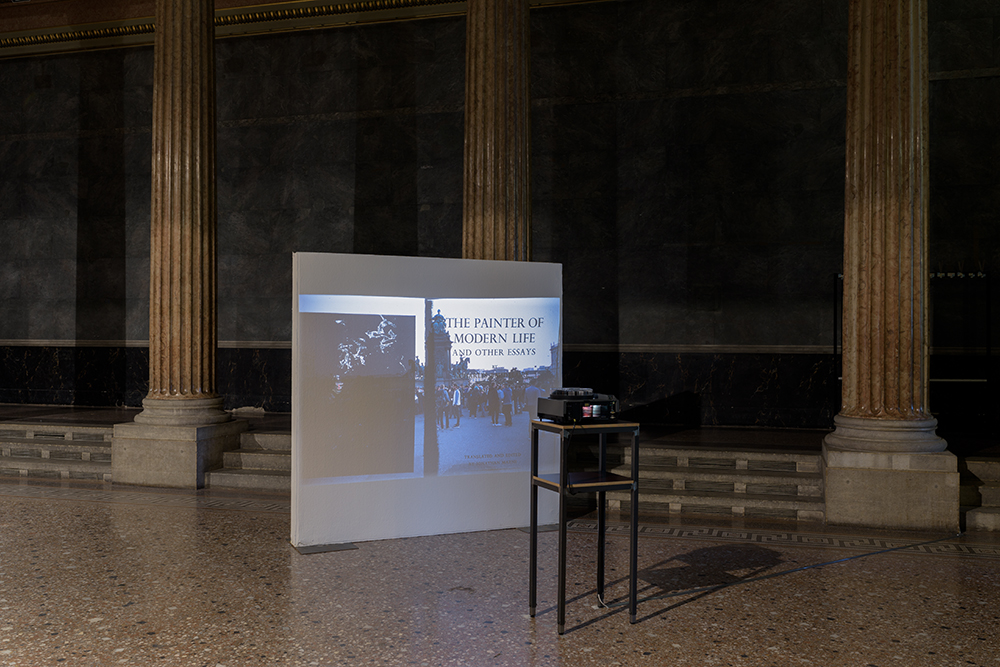 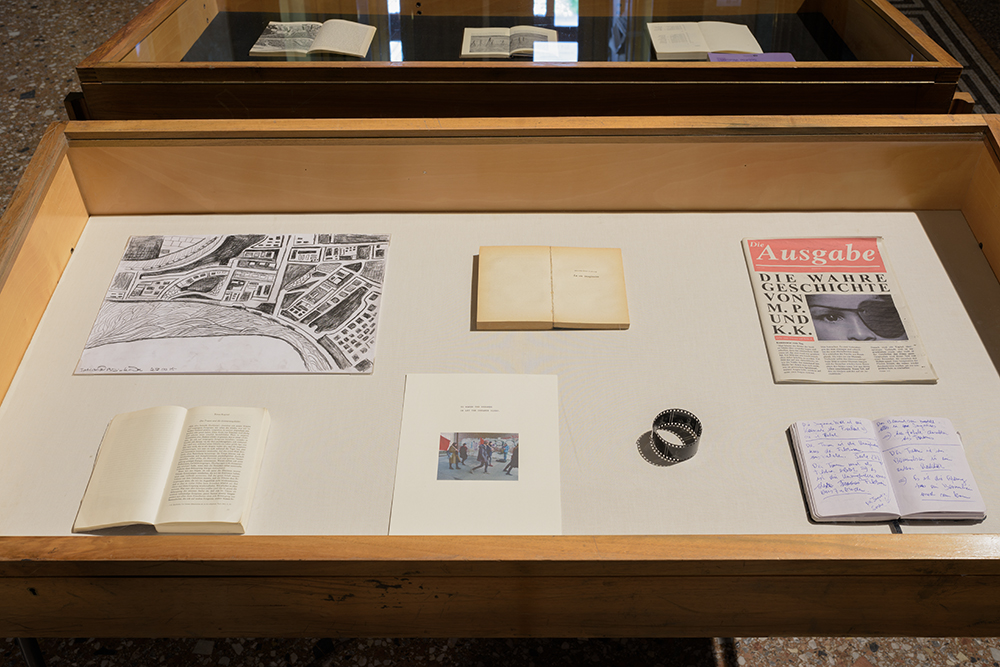 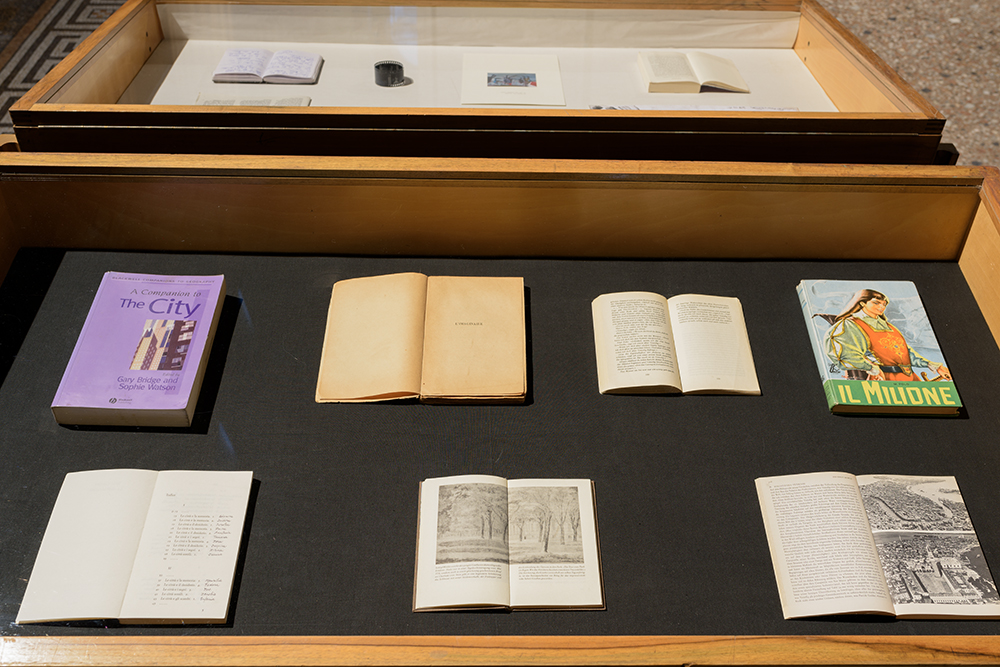 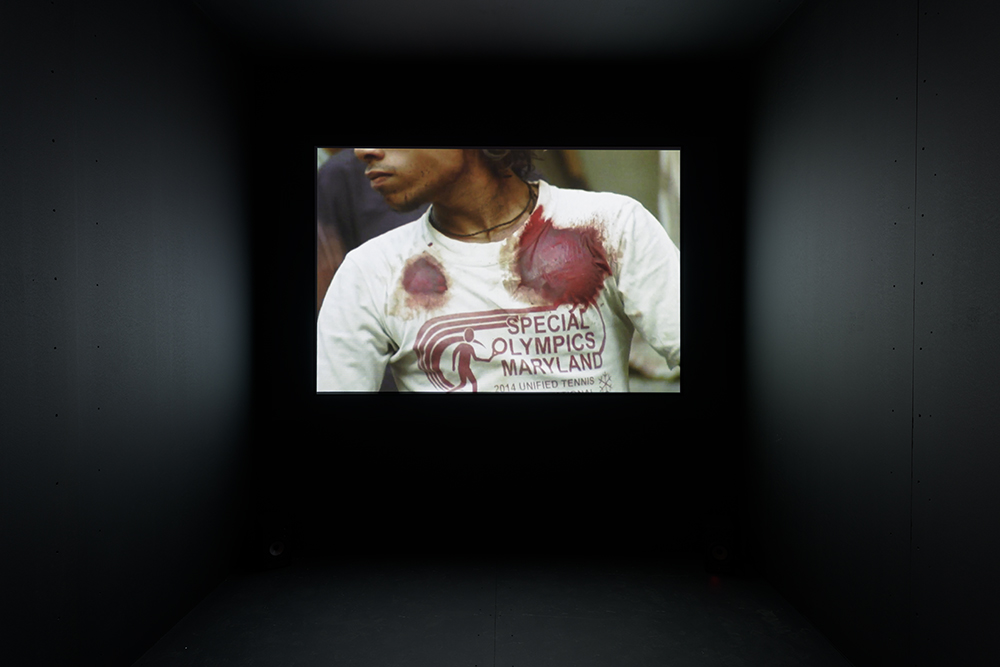 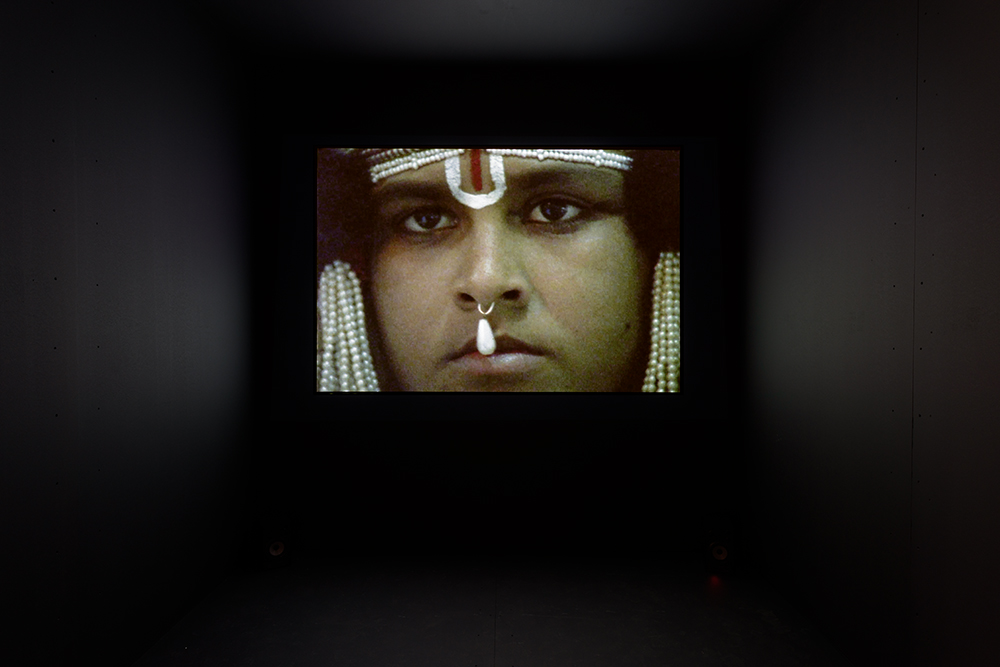 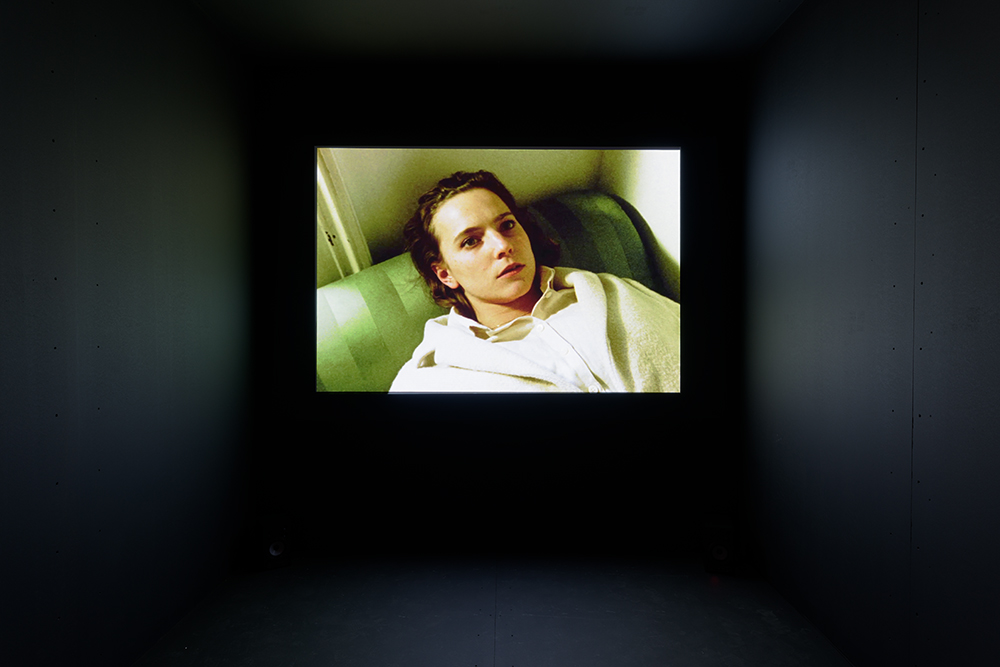 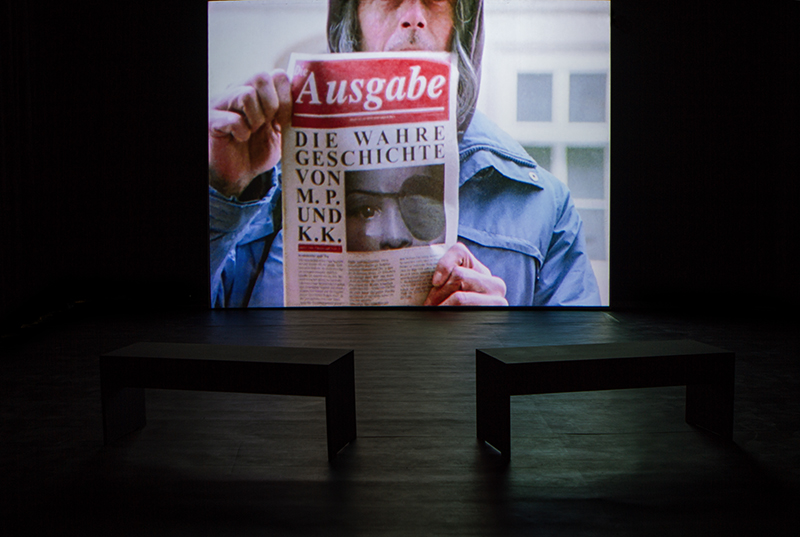 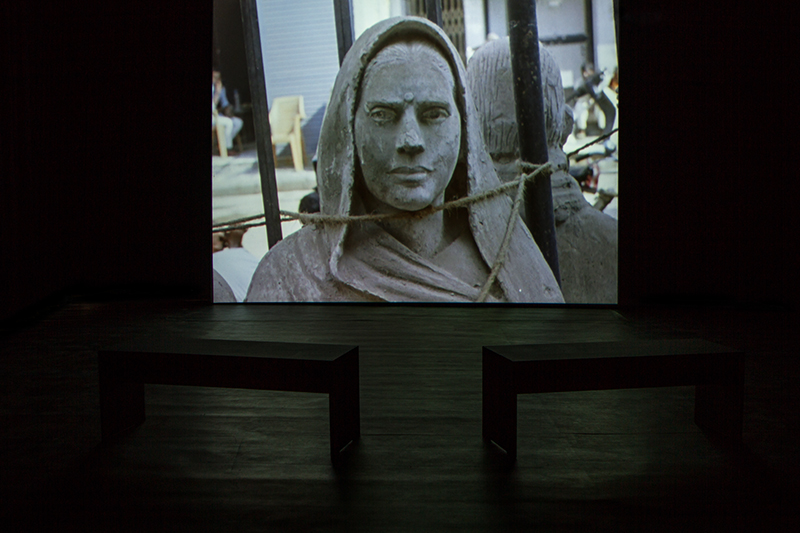 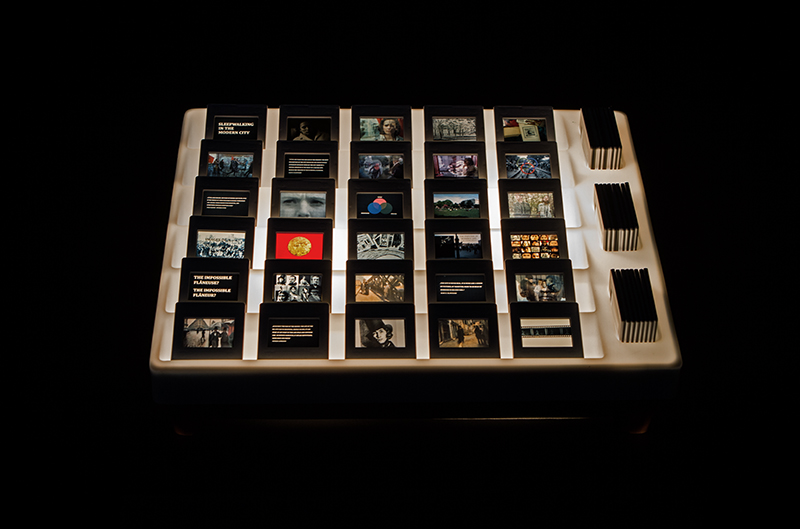 Installationview
Exhibition at the Academy of Fine Arts Vienna
2017, Austria